Real GDP growth came in at 3.3 percent in 2014, and has slowed to an annualized rate of 2.3 percent through the first half of 2015. Economic growth began to decelerate in 2012, after averaging

This widening of the current account surplus primarily reflects lower import prices, particularly for energy and other commodities, though import volumes are weak due to slow domestic demand growth.

Exports, which are equivalent to 50 percent of GDP, have been falling over the course of the year as a result of lower export prices and weaker Chinese demand. Korea’s bilateral trade surplus in
goods with the United States totaled $14.7 billion in the first half of 2015, larger than the $11 billion surplus from the same period the year before.

Following the May 2015 outbreak of MERS, the government announced in July a $10.5 billion (11.8 trillion won) supplemental budget in response to the fall in private consumption triggered by the MERS outbreak.


Nearly one-half of the borrowing for the supplemental budget will be used to compensate for a shortfall in tax revenues.

The remaining portion, allocated to new spending, will total $5.5 billion (6.2 trillion won, or 0.5 percent of GDP.) Analysts estimate that the supplemental budget will result in an overall fiscal deficit,
including the social security budget, of 0.5 percent of GDP in 2015, the first budget deficit since 2009.

In August, the government announced further measures to spur private consumption, including a temporary reduction in consumption taxes on cars and large household appliances, and the lifting of restrictions on reverse mortgages for the elderly.
These measures will help support domestic demand. South Korea officially maintains a marketdetermined exchange rate, and its authorities intervene with the stated objective of smoothing won volatility.

In February 2013, Korea joined the rest of the G-20 in committing to refrain from competitive devaluation and to not target its exchange rate for competitive purposes, a commitment reaffirmed at the G20 Finance Ministers and Central Bank Governors Meeting in Ankara, Turkey in September.

During the second quarter, private consumption contracted by 0.3 percent of GDP, compared to an expansion of 0.6 percent the previous quarter. Sectors particularly vulnerable due to MERS contracted strongly.

Retail and wholesale sales, hotels, and transportation, for instance, fell by 0.5 percent quarter over quarter.

One hundred and eighty six people were infected with MERS from May 2015 to July 2015, the second largest outbreak of MERS after Saudi Arabia.

In the year through endSeptember, the won has depreciated by 7.7 percent against the dollar, and 2.0 percent on a real trade-weighted basis.

The Korean authorities have a policy of intervention on both sides of the market, but the sustained rise in reserves and net forward position indicates that they have intervened on net to resist won appreciation fairly consistently since late 2012.

In contrast to many other major emerging markets and industrialized economies, Korea does not publicly report foreign exchange market intervention.

Valuation-adjusted estimates of foreign exchange purchases together with the evolution of the Bank of Korea’s forward book indicate that during the first half of 2015 Korea continued to purchase foreign exchange, on net, limiting won appreciation.

In July and August, however, the authorities intervened substantially to support the won as the won fell to a two and a half year low against the dollar amid emerging market stress.

As a result, intervention over the 2015 calendar year appears to be roughly balanced.

In June, Korea announced a series of steps to facilitate capital outflows, which would reduce underlying pressure for won appreciation stemming from its current account surplus.

On June 29, the Korean Ministry of Strategy and Finance announced a series of measures to “promote Korean Foreign Portfolio Investment and Overseas Mergers & Acquisitions.” 13
Key measures include:

(1) the creation of a Foreign Portfolio Investment Fund with tax exemptions on capital and foreign exchange gains for a maximum of 10 years,

(5) the removal of repatriation requirements on foreign debt securities.

The monthly balance of payments data also show an uptick in purchases by the Korean government of foreign equity securities in June and July. Efforts by the government to diversify its national pension fund assets began in 2008.

Korean intervention can manifest itself either as a rise in headline reserves or as a rise in the central bank’s forward position.

(A long forward position indicates a future inflow of foreign exchange reserves, and consists of the long position in forwards and futures in foreign currencies, including the forward leg of currency swaps.)

According to Korea’s balance of payments, government purchases of overseas equity and debt securities totaled $21.6 billion in 2014 and $7.1 billion in the year through July 2015. Large overseas investment by the government reflects, for the most part, efforts since 2008 to diversify Korea’s national pension assets.

On June 1, 2015, Korea’s National Pension Fund Service, citing disappointing growth and record low interest rates in Korea, announced that it would raise its foreign asset allocation target to 30 percent in 2020, from the previous target of 20 percent.

The most recent IMF assessment found that the Korean won was undervalued in 2014 by 5 to 13 percent.

In 2014 the current account surplus was 6 percent of GDP, and it is on track to rise to 8 percent of GDP this year. While weak domestic demand has reduced import demand, Korea has also benefitted from an improvement in its terms of trade due to the continued decline in oil prices.

The growing current account surplus, together with the won’s real effective depreciation in 2015, continues to point to undervaluation of the currency.

Korea faces challenges to restoring economic growth. Continued reliance on external demand for growth is not a viable solution, either for Korea or for the global economy. Korea should
instead take further steps to strengthen domestic demand.

Korea has substantial fiscal space to provide support for demand, with public debt at only 38 percent of GDP; it should be ready to provide additional support to demand as needed and be careful not to withdraw fiscal support too quickly.

This should be supplemented by structural reform measures, particularly aimed at increasing productivity growth in the services sector, as well as reducing labor market rigidities
and increasing female labor force participation.

Appreciation of the won would help with rebalancing Korea’s economy away from excessive reliance on exports and encourage a reallocation of production resources to the non-tradables sector. The Korean authorities should also increase transparency of foreign exchange operations, as Korea is among the largest economies in the world not to disclose foreign exchange intervention even with a lag.
김대호 경제연구소 소장 tiger8280@ 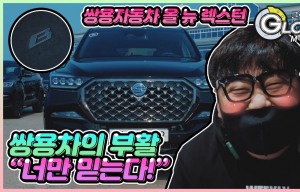 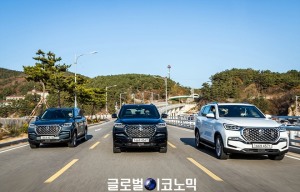 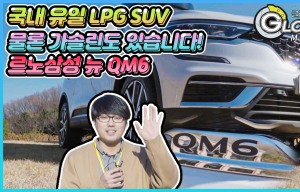 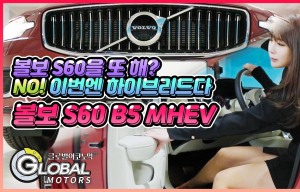