The defective part is the taptic engine, which was designed by Apple to produce the sensation of being tapped on the wrist, a report says.

A faulty component in Apple’s new Watch is set to delay shipments.

The Wall Street Journal reported late Wednesday that a key component of the new device made by one of two suppliers was found to be defective, which has led Apple to limit the availability of the new smartwatch.

The defective part is the taptic engine, which was designed by Apple AAPL -2.87% to produce the sensation of being tapped on the wrist, the Journal said. Testing has revealed that some taptic engines are breaking down over time. Apple doesn’t plan a recall because there’s no indication that Apple shipped any watches with the defective part to customers, the newspaper reported.

Apple last week told some Watch suppliers to slow production until June, without explaining why, according to the Journal, which cited people familiar with Apple’s supply chain.

News of the component issue comes as early adopters of Apple’s first new product in five years are complaining that a number of its key functions are disrupted by their tattoos.

Owners of Apple Watch have found that their inked skin confuses the sensors on the underside of the device.
Users of the watch, which went on sale last week, took to social media on Thursday under the hashtag #tattoogate to air their frustration with the flaw from Apple’s renowned design house.

One anonymous user on Reddit, an entertainment, social networking, and user-generated news website, said the device’s locking mechanism, which should disengage when the watch detects it is being worn, failed to work on decorated skin.

“My hand isn’t tattooed and the Watch stayed unlocked. Once I put it back on the area that is tattooed with black ink, the watch would automatically lock again,” the user wrote.

A website support page from the company says tattoos can interfere with readings from the heart rate monitor, but does not mention interference with other functions.

“Permanent or temporary changes to your skin, such as some tattoos, can also impact heart rate sensor performance. The ink, pattern, and saturation of some tattoos can block light from the sensor, making it difficult to get reliable readings,” it said.

A key component of the Apple Watch made by one of two suppliers was found to be defective, prompting Apple Inc. to limit the availability of the highly anticipated new product, according to people familiar with the matter.

The part involved is the so-called taptic engine, designed by Apple to produce the sensation of being tapped on the wrist. After mass production began in February, reliability testing revealed that some taptic engines supplied by AAC Technologies Holdings Inc., of Shenzhen, China, started to break down over time, the people familiar with the matter said. One of those people said Apple scrapped some completed watches as a result.

Taptic engines produced by a second supplier, Japan’s Nidec Corp., didn’t experience the same problem, the people said. Apple has moved nearly all of its production of the component to Nidec, these people said, but it may take time for Nidec to increase its production.

The taptic engine is one of the key technologies that Apple created for the Watch, its taps designed to be less intrusive than ringing, buzzing or other ways to get a user’s attention.

The engine uses a motor to move a small rod back and forth. This motion creates the sensation of a gentle tapping. The taptic engine also powers another Watch feature: the ability to send your heartbeat to others.

Apple last week told some watch suppliers to slow production until June, without explaining why, according to people familiar with Apple’s supply chain. Suppliers were surprised because Apple recently said that Watch inventory was insufficient, these people said.

An AAC spokeswoman declined to comment about the company’s customers. A Nidec spokesman wasn’t immediately available for comment.

“Our team is working to fill orders as quickly as possible based on available supply and the order in which they were received,” Apple said. “We know many customers are still facing long lead times and we appreciate their patience.”

Apple started accepting orders for the Watch online on April 10 and began shipping watches to customers on Friday. It is only selling the watch online and in select designer boutiques, but not in its own retail stores. That curbed the long lines and celebrations that often mark the introduction of a new Apple product.

In a memo to retail-store employees earlier this month, Apple retail chief Angela Ahrendts said stores won’t get watches to sell until the end of May because of “high global interest combined with our initial supply.” New online orders will be delivered in June, Apple says on its website.

Apple Watch is the company’s first all-new category of hardware since the iPad in 2010. Apple is counting on the Watch to demonstrate that it can innovate and define new product categories as it did under former CEO Steve Jobs.
It’s not clear how much the problems with the taptic engine contributed to the Watch shortages. It is also not clear whether Apple had planned to sell the Watch in its stores at the outset. Ms. Ahrendts said in her note that “we will be able to get customers the model they want earlier and faster by taking orders online.”

People familiar with the matter said Apple is considering adding a second assembler of the Watch, to supplement Taiwan’s Quanta Computer Inc. Those people said Foxconn, formally known as Hon Hai Precision Industry Co. and the main assembler of the iPhone, recently started early testing to potentially produce the Watch.

Life with the Apple Watch doesn’t have to be reduced to a series of unnecessary disruptions on your wrist. WSJ's Joanna Stern explains how to tame Apple’s new wearable. Photo/video: Drew Evans/The Wall Street Journal.
Even if the process goes smoothly, it may take several months for factories to be running at full capacity. Foxconn isn’t expected to start manufacturing the Watch until late 2015 at the earliest, the people familiar with the matter said.

On Monday, Apple Chief Executive Tim Cook said “demand is greater than supply” for the Watch, but didn’t disclose sales or orders. Asked about the production schedule, Mr. Cook said he is “generally happy” with the progress, while noting that it always takes time to expand capacity with a new product.

He said he expects that Apple will be able to make the Watch available in more countries—beyond the initial nine—in late June. He also noted that Apple was able to accelerate delivery times for people who had preordered the Watch.

It’s not unusual for new technologies to encounter these types of problems in the early days of production. But it marks the second glitch in a year with Apple’s supply chain, admired for its ability introduce new products and boost production quickly. Last year, Apple unwound an ambitious plan to make synthetic sapphire after the operator of an Apple-financed plant in Arizona filed for bankruptcy.

The shortages highlight the potential downside of Apple’s lean supply chain. Apple can produce massive quantities of products with little waste and excess supply, but it can experience shortages when a problem arises with a key part. 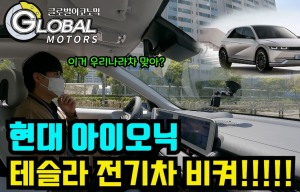 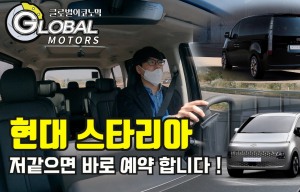 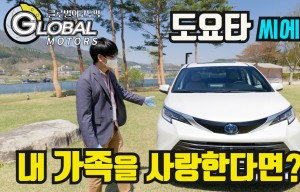 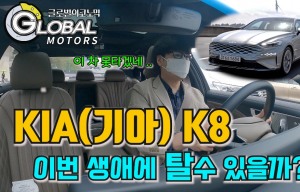